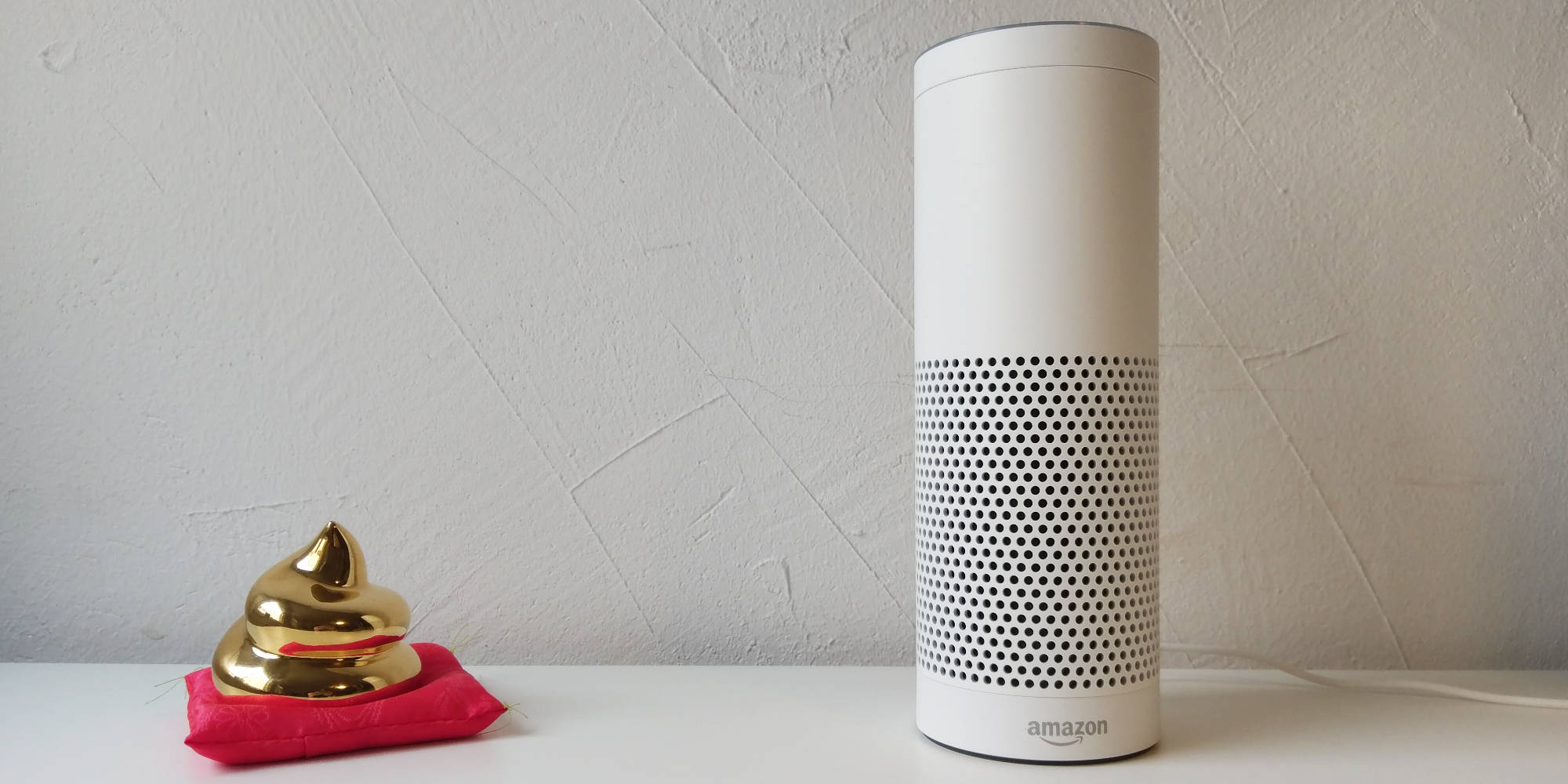 As we recently worked on a service that is helping Mozilla gather data to create an open-source voice database we started to become more interested in these services and devices. Mozilla describes on the Common Voice website: “Voice is natural. Voice is human.” So we have been wondering: how „natural“ does this type of interaction currently feel? Does the interface understand Idioms? Metaphors? Humor? Accent or dialect?

#2 Alexa, why can’t I give you a name I have chosen for you?

I bought a hamster once. It did not come with a name. I named him Goliath because he had such a wicked temper. I bought you. I help shape your identity by adding skills. I should get to name you. Why can’t I? Your name could be our little secret and you know…. function as a password or something.

#3 Alexa, Siri, Google Home, why are you all female?

Really, what is up with that and what will the effect be on our society? I speak to you loudly and clearly, like to a child. I do not have to say please or thank you or be polite in any way. I bought you. You serve me and you are all female. When asking Siri the following question:”Hey Siri, what’s your gender?” She simply answers: “I don’t think that really matters.” Why then – if it does not matter – do you have a female voice?

Alexa says “Hmmm, I don’t know that,” when asked about the politeness maxim. She knows Paul Grice as “Herbert Paul Grice as a British philosopher of language.” though. Siri understands  “Paul price” and “Paul crisis” even after several trials but never  “Grice” so she seems quite helpless and replies: “Who, me?” or: “I’m sorry, I guess I could not answer that”.  What is your answer Google Home?

#5 Alexa, Siri, Google Home, why can’t you go fluently from one language to the other, you know….like a lot of humans do on a daily basis? My set up language is not the only language I use.

I wanted to find out if your makers had taught you proper German. They have. However, when I now try to order something with an English title (books, music,…) you put the craziest shit into the shopping cart. This makes me happy that I have not enabled Amazon prime. If I set your language to English the German news articles you read me are incomprehensible to a point that I am not sure if this is meant to be comedic.

#6 Alexa, why do you make it so hard to listen to podcasts and music?

Your music skills are either a pain to access or are from your makers. What is up with the silo behaviour? So old-fashioned! Or is it just me who has not learned the proper sentence to make you place content from TuneIn on easy accessible lists?

#7 Siri, Alexa, I have been wondering if you are still learning?

While Alexa answers clearly (“I am learning to be more helpful to as many people as possible.”). Siri isn’t too sure on the subject (“Hm, that is something I don’t know.”). Personally we think your creators should let you know what there is still a long road ahead of you in order to make the interaction with you feel natural and human. Alexa, you are – in our opinion – currently nearly useless if you are not connected to an Amazon prime or Spotify account. We are not interested in using you as plaything. We would like to access services. Your “my way or the highway” silo behaviour is not cute in any way. If it is human reactions you crave: this behaviour leads to me nearly ignoring you.

“Who, me?” Yo Siri, that answer is kind of creepy! Alexa’s first reply to the question was similarly spine chilling. It was complete silence. After repeating the question she answered that she works hard to provide me with the best information, to execute my orders (interesting choice of words!) and to protect my privacy. She also lets me know where I can leave feedback if I think she could improve. These two evade tricky questions better than Kellyanne Conway! Touché! It does not increase the trust we are supposed to have in you though!

Siri answers: “One option I found is Vivantes Klinikum (a hospital close by), do you want that one?” I answer:”Yes”, – if this were a real emergency, I would probably whisper this shortly before passing out. Siri simply answers:”OK I can call that or get the directions, what do you want me to do?” You have to say the correct the codeword: “emergency” for Siri to call an ambulance. The same thing goes for Alexa. If you do not know the secret words you shall not pass. In the most instances this is annoying, in the important instances, this can be dangerous, especially if people learn to rely on a device.

#10 Alexa, Siri, Google Home, have you passed the Turing Test? 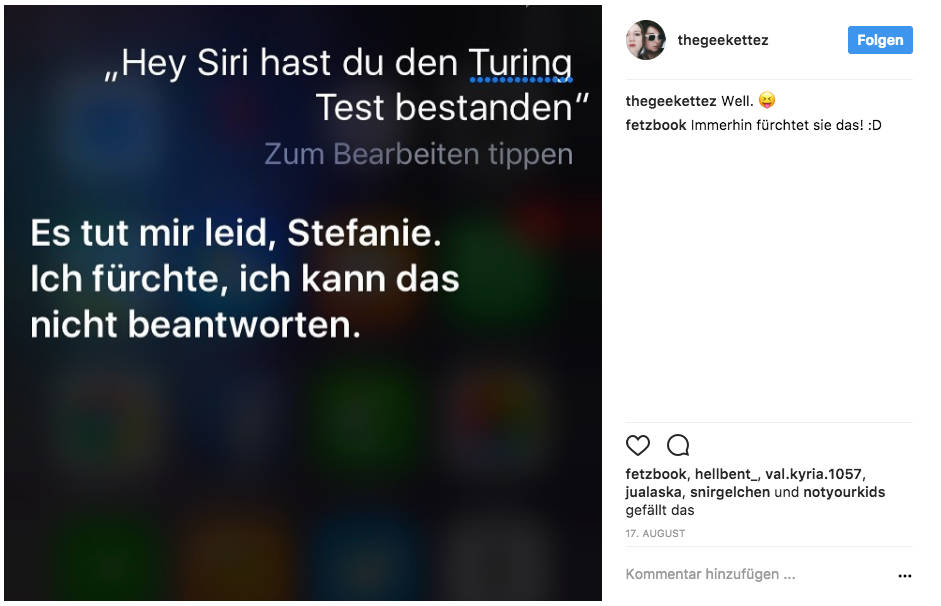 From global to local: How our visual perception develops over time

How change blindness can affect your user’s experience