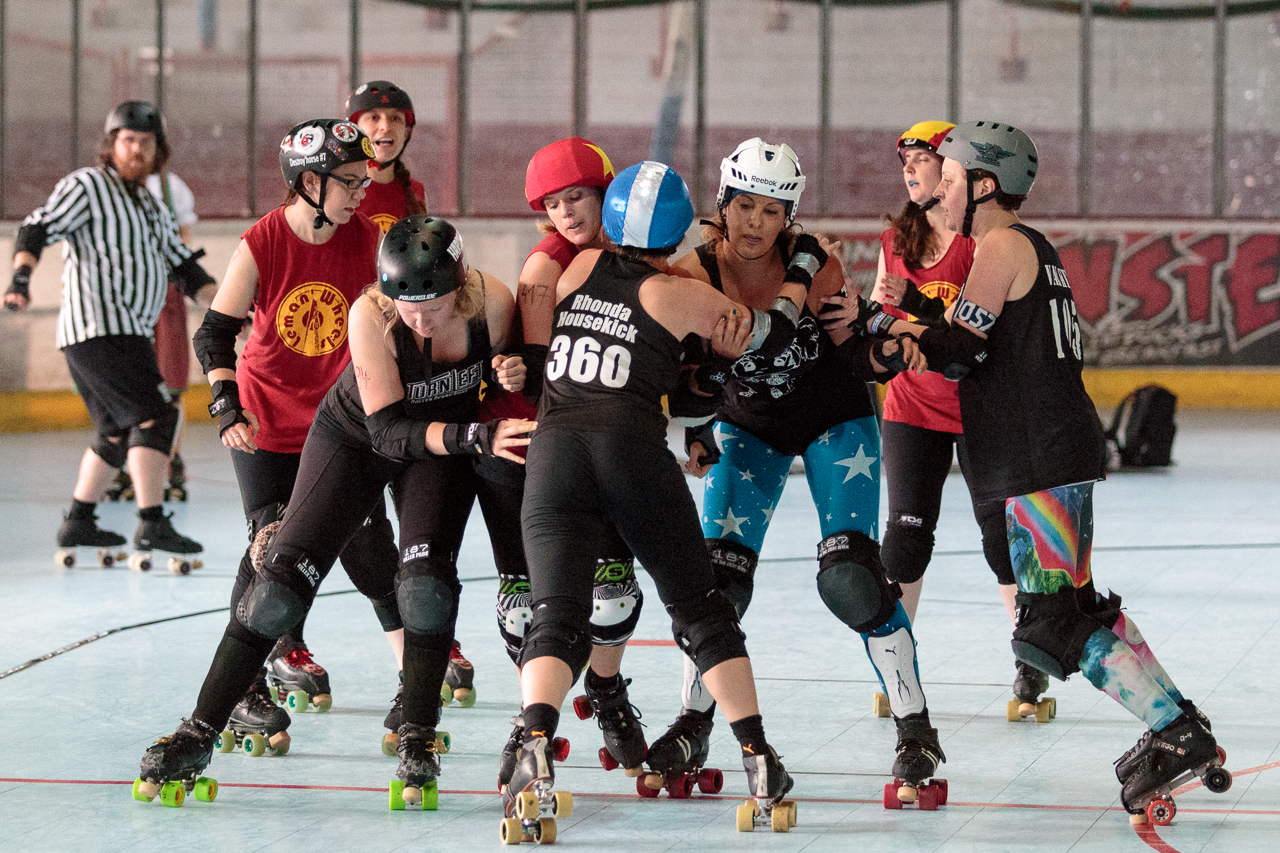 Four years ago I was the person who barely made it to the gym or out for a run once a week because it seemed that I NEVER HAD THE TIME because I so much work to do. Four years later everything has changed! I initially started playing roller derby not only because the sport seemed like A LOT OF FUN but also because the team I was training with at the time had one three hour training session once a week. A team sport that only requires one three hour our session a week? Hell yeah! Sign me up! I had wanted to get back to a team sport for a while then but had shied away from taking up basketball again (the previous team sport I had played) because of the many hours you had to put in for training as well as the many weekends you spent at games, simply because:

Four years later not only I but also roller derby in Germany has changed. Anyone who knows anything about roller derby knows the sport can become quite time consuming, so much so that skater’s spouses are dubbed “derby widows”. But how do you go from barely fitting in a 1 hour run per week to a weekly 9 hour training schedule (yes, that is my current schedule, committee time not included)? Because roller derby taught me much more than just the sport. I have learnt a few lessons that have been very helpful for me as a freelancer.

It began with the obvious….

Right from the beginning the three hour session was not the only time I invested in my training. I had never skated prior to roller derby and would not call myself a “natural skater”, which meant I had to put in extra outdoor skating sessions of I wanted to catch up to my team mates, who had been skating a few months longer. This meant I needed to be done with work on time for sunset skating. It is amazing how much time you can free up if you are having fun.

If you want to optimize your time you are forced to take a long hard look at the reasons why you have been spending so much time at work and check if you might be able to get things done faster. For me it was a mix of wrong prioritization and procrastination. My hard look at the facts showed me that I was working on things that were due in three weeks while time-critical projects and tasks were left behind and had to be finished by putting in late hours.

A long walk down the optimization road has taken me to a to do list (YAY! Lists!) Now I work with a daily, weekly and monthly to do list in which my tasks are divided into categories, which could be anything from “important client due dates” to “networking ideas”. If I have all my important stuff done for the day and my week is running super busy with important tasks, I check if other important things can be pulled forward that are due in the next day few days and I work on them until my strict closing hour. If nothing is up I can get started on other tasks that can involve office work, networking or even writing blog posts. Prioritizing correctly helped me free up a lot of time and by keeping tasks visible in a to do list I am less prone for procrastination as stuff needed to get done!

In the meantime my team took up an additional training session and new dates like weekend long boot camps, scrimmages and other events that required travels all over Europe. As my team was not located within my city I had 4 additional commuting hours to plan in, which once a week meant leaving work early (yikes!). I was also introduced into the wonderful DIY side of roller derby, which meant committee work for the events that we were hosting such as home bouts. This meant I had to get back to the drawing board for further optimization!

Creativity management is a weird combination of words that sounds contradictory, however it has been working really well for me.

These days if I have to be creative, come up with ideas or a new design but simply cannot come up with anything, I stop and get other things done that are on my endless freelancer to do list. This includes work from my “BORING!” folder (the actual name of the folder) like paper work, filing, tax stuff…you know the things you dream of doing when you start design school. These glamorous chores need to get done as a freelancer and are perfect chores for the creative blank moments amongst other things. These had previously been chores that had kept me at my desk longer because I had always put them off and did them late in the day, after I had endlessly pondered on ideas, moving pixels from left to right until I did not have the energy anymore and had decided to start with a fresh mind in the morning.

Most importantly though this did not only improve the results of my work but also lessened frustration. Before I had sat and sat waiting for the muse’s touch, probably spending too much time on social media networks or cat content while at it. I learned that if I was stuck I got better and faster results if a project was able to sit in my brain for a while before I actually started production. Now I ask for briefings or even simply a list of ideas from the client as far in advance as possible. I then go on to do some basic research and then let the information rest until it’s crunch time. If you get lucky magical things can happen during this time. Even though you are not actively working on the project all things related to the project will catch your eye during this time. This could be anything from new information, user patterns for requested modules or visual designs. Personally this helps me move along quicker, with more confidence and gives results that make me happier.

You can only to work this way if you aren’t stuck in certain projects like projects that are badly managed, long term agency jobs or badly payed. This next step of optimization started during my time with my old league but kicked into full gear as soon as a few of my local fellow team mates and I, who had been commuting for training, decided it was time to found a local league.

If you need to free up time you cannot take on projects that are badly managed and ask for impossible deadlines. You will also have to pass up on projects that pay badly because the time you put in working needs to count and pay the rent. And if you have further goals that include that you want your own client base that your freelancer studio of two can work for and not only be a hired gun for advertising agencies, you will have to decline those “asap, for six months in x city” projects.

I had worked my butt off for the first four years of freelancing because I wanted to get settled in a secure spot where even if no projects came in for a few months I was still able to pay rent and the other important grown-up bills. I had achieved that goal within the first two years of freelancing, however I had not slowed down with my work pace. The reason was that I had plans or let’s say dreams for the projects I wanted to be working on and somehow thought every project took me towards that dream. However, when I started reviewing my time spent at work and what the benefit of this time was other than pay I could identify dead end projects.

With the financial buffer backing me I was able to decline certain projects and you know what happened? Not only did I have more time for roller derby but my business was also developing into a direction I was much happier with. I could use the new time on my hands to learn new skills, new software or tend to other areas that will help me push my business into the desired direction. Most importantly I now have the time to actually think about these goals and can then come up with a plan how to make them happen. Roller Derby and the founding of The Geekettez both happened in the same year. While sharing the work load with a colleague helped in the beginning we also began to attract new clients and with our move to Berlin and a new co-working space things have been developing into exciting directions.

There are many more things which roller derby has taught me, practical things that benefit me in my daily work. Things like social media marketing, guerrilla marketing, marketing on a 0€ budget, creating information architecture for project management tools and free or low budget website production. I have also learned about team management and other social skills required when you found a league, which might be helpful when we grow The Geekettez into a bigger team. But the three lessons listed have helped me the most so far and I am still working on perfecting them because I have seen what can be achieved what happens if you are simply being forced to have a plan.

For me it was roller derby, for you it might be dog dancing or becoming the next Magnus Carlsen. It doesn’t matter what it is! If you have something you have wanted to try out but feel you don’t have the time to do, give it a try anyways. If you enjoy what you are doing I am pretty sure you will be able to find the time to do it and it might just teach you a lesson or two and help to evolve your business. 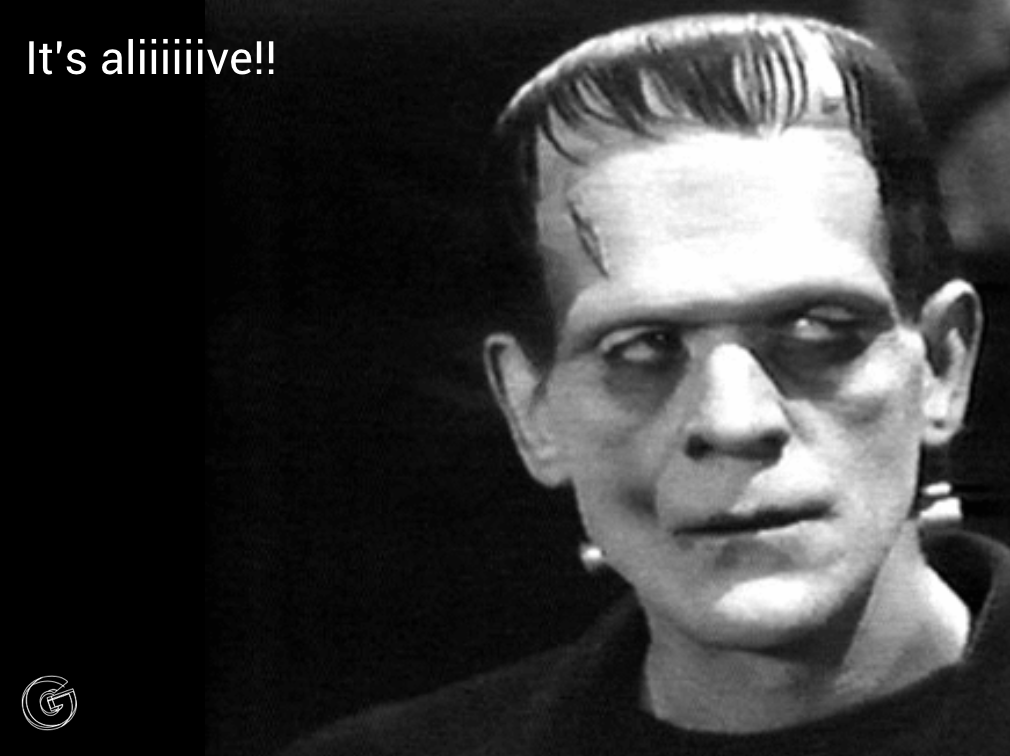 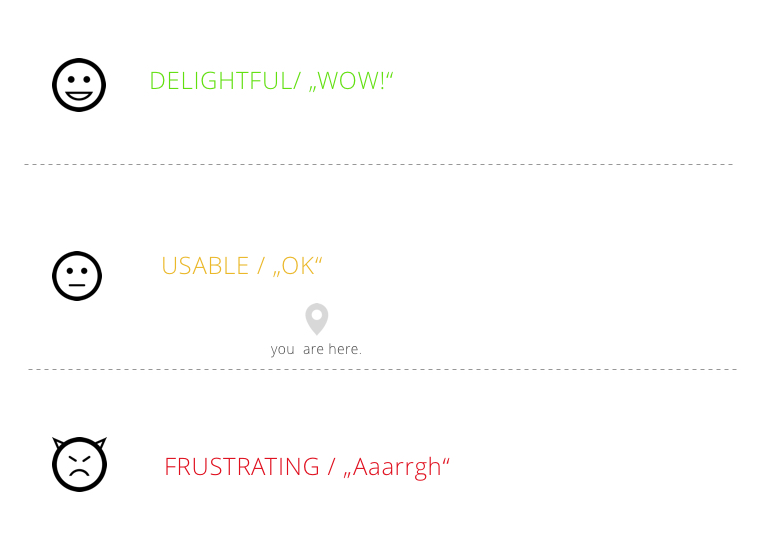 Design means Strategy. Deal with it.